While the human eye and an ordinary camera see just three colors, a hyperspectral camera sees hundreds. Hyperspectral imaging is an emerging field that offers numerous opportunities. What do these cameras ‘see’? What can be done with them? What are their applications?

The human eye only sees three colors of light: red, green, and blue. The same goes for an ordinary color camera. However, there is much more to observe than humans can distinguish, and a hyperspectral camera can help capture these things. It detects hundreds of colors, within and beyond the color spectrum that is visible to the human eye. This reveals differences that are invisible to the naked eye.

The Finnish company Specim is the world’s leading spectral camera supplier. “We are pioneers in this field,” says CEO Tapio Kallonen. “We started this industry in 1995 and have become the largest player in the field, which will become even bigger in the future, because interest is growing enormously. In the early days, this technology was used by government agencies such as NASA and other institutions. In the last ten years, and certainly in recent years, its industrialization has greatly increased. The technology is now widely used in industrial applications .”

“We can, for example, measure the protein, sugar, and water levels in food. And we can see where exactly in the food these are located.”

A hyperspectral camera looks at the surface of a material using many different wavelengths of the electromagnetic spectrum. “For example, in addition to visible light, we use infrared – both shortwave and longwave. The wavelength we use depends on the light reflection properties of the surface. This reveals three things: the object, its composition, and the material. “We can, for example, measure the protein, sugar, and water levels in food. And we can see where exactly in the food these are located.”

Two major industries use hyperspectral imaging on a large scale. “The first is the recycling industry for sorting different materials,” says Kallonen. “Take plastic, for example. Machines equipped with our cameras detect material that is then sorted. For a hyperspectral camera, black plastic isn’t just black. It uses thermal radiation to distinguish between different types of black plastic.”

The second major industry is the food sector. “Food waste can be reduced. For example, our technology makes it possible to inspect avocados as soon as they are harvested. Are they fresh and hardy enough for global transportation, so that they will not be rotten when they reach their destination? Detecting foreign objects on conveyor belts so that they are not packed with the food is also important. Our technology is the only one capable of doing this.”

There is also an interesting application for mining. “Hyperspectral imaging makes it possible to see gold light up in a gold mine. You can go to the mine and create ‘a mineral map’ to see exactly where to dig the gold out.”

Companies in the Netherlands also work with hyperspectral cameras. The company cosine is one of the pioneers in this field. “We do this a lot from space,” says Marco Beijersbergen, a professor of Physics and Managing Director of cosine. “Our HyperScout-1 and HyperScout-2 instruments for nanosatellites are used to monitor air quality, for example, by measuring things such as smog and smoke from chimneys. They are also able to monitor water pollution and algae growth. We even use artificial intelligence on board the satellite. This makes local observations on a smaller scale, for example with a drone, possible.”

Hyperspectral imaging is useful in ports. “For example, we can detect low concentrations of oil and other pollutants on the surface of the water, when they are spilled by ships or in other cases of discharge,” says Wouter van Teylingen, New Business Development Manager at cosine. “The same applies to emissions from ships. You can remotely monitor what is being emitted, and how much. Prior to entering a port, many ships comply with emission requirements. When they leave, however, they switch back to fuel oil, and oxides of nitrogen and sulfur are emitted again.”

During these times of Coronavirus, hyperspectral imaging can also help in the hygiene sector. “We are investigating what we can do in the field of contactless hygiene monitoring ,” says van Teylingen. “Several matters can be clarified with ultraviolet light, and it can be done even better by employing the correct filters. Spectral cameras make it possible to specify a contaminant to an even greater extent, which is especially important now due to the growing focus on hygiene because of the Coronavirus.”

Nevertheless, the presence of viruses on something cannot easily be determined with these techniques. “What you can see is whether a surface that should be very clean has any residue,” says Beijersbergen. “These techniques make it possible to detect microorganisms, fungi, yeasts and bacteria on a surface. Although they don’t provide information on whether the microorganisms are pathogenic, you do know that the surface has not been sterilized. We think there is still a lot to be gained in that area. With a hyperspectral camera and a little UV light you can also see, for example, how far droplets spray out of your mouth when you talk to someone.”

“One future possibility is a smart mirror that you look into in the morning and could tell you how you are doing.”

The possibilities for use in healthcare are endless. “We can recognize the first signs of diabetes by looking at the skin, and can enable better treatment of burns. This is possible because we can distinguish between blood flow, water percentage and other parameters on the skin. One future possibility is a smart mirror that you look into in the morning and could tell you how you are doing. The hyperspectral camera analyses the color of your eyes and your face, which gives a lot of information about blood circulation and oxygen levels.”

Hyperspectral technology is also being embraced by the agricultural sector. “We are working with BearTree Automation on an extra accurate sensor for the detection of weeds,” says Van Teylingen. “This type of ‘precision farming’ allows the agricultural sector to control weeds more selectively and efficiently. They can implement weed control more specifically, so that they need to use less pesticides, fertilizer and water.”

Dehydration of crops can also be determined. “This makes it possible to see where in your field dehydration or underfertilization is occurring, so that you can water and fertilize in a very targeted manner,” continues Beijersbergen. “We can do that in greenhouses too, where products can pass under the camera. This makes it possible to determine how much the plants have grown and how many flowers they have. This works better with hyperspectral imaging because you get more information and can therefore distinguish things more accurately.”

Wageningen University & Research (WUR) also applies imaging spectroscopy within Agro Food Robotics. They carry out projects in the laboratory, greenhouses and open fields. The use of advanced machine learning algorithms, such as deep neural networks on 2D or 3D spectral images, makes spectral imaging a particularly suitable technique for many applications in agriculture.
“We do the close-range work, in the lab or up close in the field with a machine that moves across the land, but also at greater distances with drones,” says Gerrit Polder, a Machine Vision and Phenotyping Researcher at WUR. “We are now involved in a project under the EU innovation program Horizon 2020. This project, OPTIMA, specifically addresses integrated disease control in plants. We use spectral techniques to study three disease-crop combinations – mildew in grapes, scab in apples and the fungus Alternaria in carrots.”

Machine learning plays an important role in this project. “In the past we applied this in the traditional way, but in the Horizon 2020 project we are going a step further with newer techniques such as deep learning. We are achieving good results with this.” Working with a number of European partners, WUR is developing a decision support system, which is implemented on sprayers from manufacturers in Italy and Spain. “These companies are very interested in our disease detection methods. Although the program is still under development, they have already indicated that they want to continue using it.” 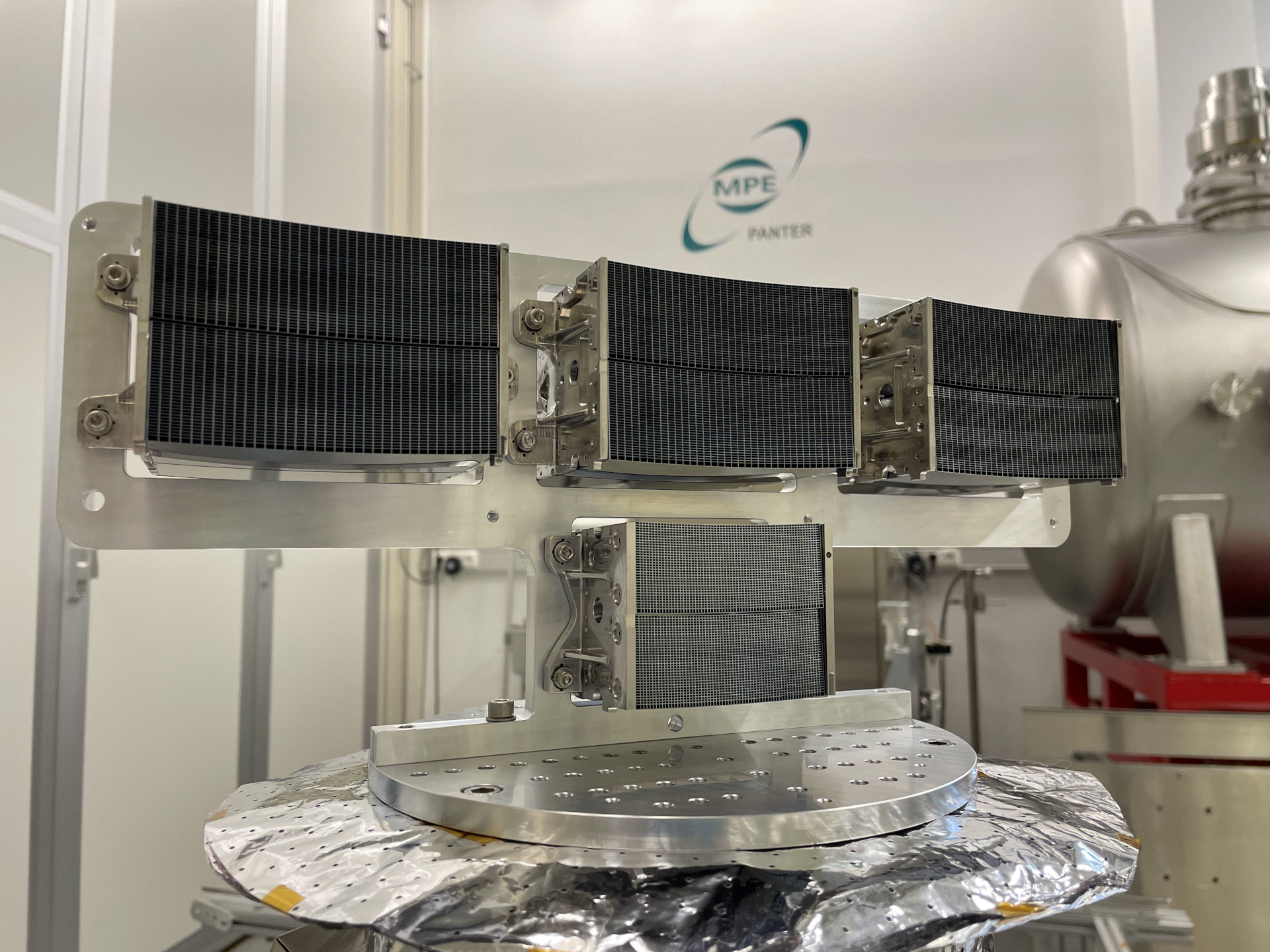